Pistol duels, fire, landed families and civil war, Wilton Castle and its surrounding lands have had a long and varied history. 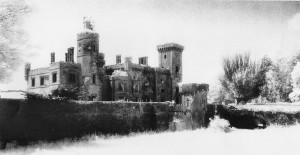 The earliest reference to Clogh-Na-Kayer [Wilton] dates from 1247, when it was in the possession of William de Dene. The Dene family built Dene’s Castle (Danescastle as it is know today) in nearby Carrig on Bannow.

The De Dene family owned Clogh -Na-Kayer until 1354 until an only daughter married a Philip Furlong whose descendant Sir Foulke Furlong built a castle at Kayer around 1400.

The story goes that an ancestor of Philip Furlong had once saved the life of King Henry II from an attack by a large boar while out hunting. King Henry showed his gratitude by knighting his saviour and giving him a large amount of land, the Manor of Carrigmanan. The Furlongs owned Keyer and surrounding lands until the lands were confiscated as the Furlong family refused to give up their Catholic religion.

The Butler family were granted the estates and Richard Butler went on to become a champion of the English Catholic Queen, Mary I and helped arrange her marriage to the Spanish King, Phillip II.  When Richard died in 1571 his first son Edward inherited the land and restored the castle in 1599. The Butler family were to remain owners of the estate until the arrival of Cromwell in 1649.

The lands of Kayer were confiscated and passed to Robert Thornhill, an officer in Cromwell’s army, who complained in 1659 that wolves were wreaking havoc in the district. The estate didn’t remain long in the Thornhill family and it was sold to William Alcock in 1695. 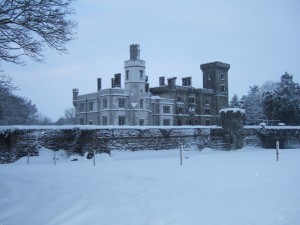 William began to improve the house and renamed it Wilton. The original structure was remodelled in the William and Mary style of manor house and it remained like that until Harry Alcock in 1837 decided to change the outward exterior of the house into the castle we see today.

Architect, Daniel Robertson, who also designed nearby Johnstown Castle, and the remodelling of the house and gardens at Powercourt, oversaw the work and added turrets, soaring chimney stacks and mullioned windows.  The three storey main block of the castle was built in front of the original Wilton House and another wing was constructed which had an octagonal tower and was attached to the main house by a round tower at the rear. Unusually, the front of the castle was not stone covered but lime plastered which gives the castle its unique appearance which has been faithfully replicated and can be seen today.

The castle had passed through the Alcock family over many years and during this time one of the last pistol duels in Ireland took place on the grounds, in 1807. William Alcock and his once friend and rival candidate for the general election, John Colclough, had a difference of opinion and decided to settle the matter with a duel. William won the duel by shooting his opponent through the heart but was later found not guilty of murder. However, shortly after his mind was said to have been affected and he spent the rest of his days in an insane asylum. 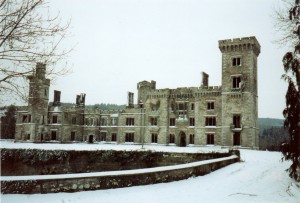 Although Wilton Castle endured many turbulent years, in 1923 it was burnt to the ground by arsonists.  A press recording remains of the story and this is the extract that appeared in The Irish Times, 7th March, 1923.

“Wilton Castle, the residence of Captain P.C. Alcock, about three miles from Enniscorthy, was burned by armed men on Monday night. Nothing remains of the beautiful building but smoke-begrimed, roofless walls, broken windows, and a heap of smouldering debris. The Castle was occupied by a caretaker – Mr. James Stynes – the owner, with his wife and family, having gone to England about a year ago. Shortly after 9 o’clock on Monday night the caretaker was at the Steward’s residence…when he was approached by armed men, who demanded the keys to the Castle. When he asked why they wanted the keys, one of the armed men said: “We have come to burn the place. We are sorry”. The raiders told the caretaker that he could remove his personal belongings from the part of the Castle that he occupied, but they would not allow him to remove the furniture. Fearing that the Castle might be burned, however, Captain Alcock had removed the most valuable portion of his furniture some weeks ago, but a good many rooms were left furnished. When the caretaker had removed his property he was ordered back to the Steward’s house. Soon the noise of breaking glass was heard. It appears that the armed men broke all the windows on the ground floor, and having sprinkled the floors with petrol, set them alight. They did not hurry over their work of destruction, and they did not leave the Castle until near 12 o’clock, when the building was enveloped in flames. About thirty men took part in the raid. After the raiders left, the caretaker and Steward, with what help they could procure, tried to extinguish the flames, but their effort was hopeless”.

But that was not to be the end of Wilton Castle’s story for the land was sold off by the Land Commission and its present owner Sean Windsor, who grew up on the neighbouring farm, had a plan to restore this ruin to its former glory. After years of careful restoration work the two storey wing and tower are once again a thing of beauty. 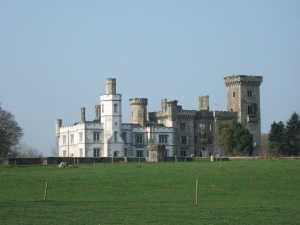